Today’s Free write prompt from Kellie Elmore was: You are young. It’s springtime and you find yourself walking down a dirt road with a cut on your knee… The idea is for ‘stream of thought’ writing; no edits, just get it on paper. Here is what I came up with:

I am not going to hurry to get home. Momma is going to be mad that I tore my jeans…again. I didn’t mean to, we was just playing on the rocks in the creek. I fell when I tried to splash Jimmy back. He fell too, right on his butt! It was funny. I did not even notice the cut until later when it got dirt on it. It stings some, but not too much. Maybe she will overlook the hole because I am hurt. Prob’ly not. She will clean it, put that orange stuff on it that hurts more than the cut. But she won’t forget the tear. Jimmy had to go home for dinner, he was just wet, did not tear his clothes. Lucky. Now I am muddy too, all the gravel is gone from this road leaving nothing but dirt to mix with my wet feet and the bottom of my jeans. Not sure I am going to beat that rain home either. Heard thunder a few minutes ago and the cows are all laying down. Wonder if they would leave me alone if I cut across the field? Last time I had to run from the bull, THAT was scary! Jimmy was on the other side of the fence laughing so hard he fell over. Did not see him try it though; not as brave as me. No way. Maybe I should pick some flowers, those yellow ones are nice. Give those to her first to get her nicer.

The form prompt at Poetic Bloomings this week was for a Dizain; new to me and quite challenging. Back to that rhyming thing I struggle with. Here is my offering:

Resolutions surely must be defined
As promises destined to be broken.
No longer will I eat foods that are fried,
I will give much more than a mere token,
Anger curbed, aiming for soft spoken.

Intentions are always for perfection,
Perhaps we should lower expectations.
Let us favor goals somewhat more humble,
Searching our hearts for His revelation,
Doing good for others with no grumble.

A couplet, not my favorite form to be sure. That much rhyming against my nature. So, I tried to have fun with it. Posted to the dVerse Poets Pub and to Vitoria Slotto’s Write2Day.

Also to the Imaginary Garden for Laurie’s ‘nonsense’ prompt.

Seeing little people that were not there
At the foot of my bed and the top of the stairs.
Beady, evil, little eyes glowing in the dark,
Demonic, toothy smiles standing out stark.
Fighting, breaking, twirling, swinging, laughing,
Mocking me with behavior most appalling.
Tied down with sheets, raging but helpless,
Straining to fight against ones callous caress.
The cat tossed to the rafters, dog under the bed,
Fish bowl turned over and the bird I fear… is dead.
Curtains torn down, china and crystal broken,
Mayhem unleashed with nary a word spoken.
Fires have been started, smoke alarms blaring,
Bathtub overflowing with water still running.
A cacophony to split nerves and overloaded senses,
These destructive demons and their numerous offenses.
Breaking free of my bindings with a murderous scream –
Surveying my orderly house. Was it just a dream?
Tangled in sheets, bleary eyed as if having just awoke,
Still confused, not sure… Do I smell smoke?
I also have a couple of non-traditional couplets, more in a William Carlos Williams style. Broken, Mistake (second one on this post), Will Work For Food and Ghosts.
Thanks for reading.

Posted to the Poetic Asides Wednesday (a day late) prompt; write a poem about a new start.

HAPPY BIRTHDAY TO MY BEAUTIFUL WIFE!!!

Mistakes have been made,
Wrong words spoken,
Perhaps a regret or two
For things left undone;
But none – not one –
For the family we have become.
No changes would I make,
Or lessons left unlearned,
If it would change who we are
And the love we have grown.
No new beginnings do I wish,
Except the coming of another day
For us to continue our journey,
Learning and loving along the way.

Many thanks to Margaret at Poetic Muselings for using one of my poems in her post today! Check out her blog, there are some great offerings. Also check out their anthology, Lifelines.

Posted to the Open Link Night on dVerse Poets. Focus on today before we get too wrapped up in resolutions for tomorrow. A short and simple offering.

Response to the Magpie Tales prompt using this photo: 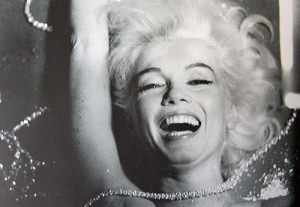 This was written for, and posted too, Kellie Elmore’s ‘stream of consciousness’ Friday prompt. Something new for me….

It was one of those summer storms that you could watch coming for you. The oppressive August heat of Georgia made the likelihood of a pop up thunderstorm pretty high; the kind that spring up dark red on radar out of nothingness. This was not one of those. This was one of those that grayed out the horizon in wispy sheets of dark grey gauze that grew thicker, more substantial, as they made their way towards you. The scattered clouds flying before the rain made it seem unnatural. How could it rain? I am standing on my own private island of sunshine with no trace of a shadow. But, it was coming and I was too fascinated to do anything but watch. i have driven through these on the highway before. You can see it ahead of you and it is like driving into a waterfall. It is different when you are standing on the sidewalk seeing it move towards you like a locust storm. Peripherally, I was aware of everyone taking cover, but I did not move. The noise grew as it rapidly drew near and the energy was frenetic. It was like some massive day camp for overly energetic pre-adolescent raindrops. Trancelike, I watched the pavement become magically wet foot by foot as it crossed the street and enveloped me like a crashing ocean wave. Soaked in seconds and feeling beaten by the force of the rain, there was nothing to do but stand there -smiling in awe. The wave of rain passed in mere minutes taking its clouds with it as brilliant sunshine returned. Looking around, everything shined; grass, pavement, cars, mailboxes, trees. The air was heavier and slightly sticky, but it looked as if everything had been scrubbed clean. Dripping, but not unhappy, i resumed my afternoon walk.

Daybreak arrives unnoticed,
Denied presence by dreary drizzle,
Light and sound fog smothered.
The dogs are not bothered,
Alert for their first morning patrol –
Oblivious to the oppressive, musty smell,
Like standing over a freshly opened grave.
Street lights struggle to substitute
For dawns failure to deliver;
Managing only a suppressed orange glow,
While the cat surveys all from the window.
Dry, clean and full of disdain for dogs,
And their petty ideas of dominion.

Posted to the dVerse Poets Meeting at the bar

Live2writetoday posted a prompt for Christmas with the theme of Presents vs Presence. Still with kids at home, it is very much about both for us. Two offerings here about our Christmas events. One more focused on tradition; the things we do, the activities the kids expect. The second somewhat more whimsical.

Every Year
Tree, decorations and all Christmas thoughts
Must wait until Thanksgiving and,
More importantly, Son’s birthday have passed.
Then it is Mom unpacking, Dad with the lights,
All of us decorating the tree; Finding the perfect
Place for each ornament, remembering it’s history
And it’s true meaning to the one whose name is written on.
The Eve of the Birth, always quite busy;
A meal with friends and in-laws and the
Exchanging of gifts. Not as many this year,
But not nearly as important either.
Candles lit during the evening service,
One on the mantel for the Son gone too soon.
Home fairly early and settling in,
Pajamas are on and stories must be read;
‘Twas the Night Before Christmas’ followed by
Luke Two, first through twentieth verse.
The Day starts early as would be expected,
Kids watching the clock for the time appointed.
The moment of discovery still a delight,
For the parents as much as the child; perhaps
Even more so for seeing the knowing grateful
Glance from the teenage boy. Keeping the
Secret and enjoying the younger sister’s joy.
Home all day, never a plan or a place to go;
A big brunch on the table, extra seats to spare,
An open invitation for any that would share.
The perceived obligations of our youth
Become expectations to our children,
Which time turns to family traditions.
You Better Watch Out…
I think it all started
The day the tree went up….
The fighting seems to be less,
Something of a miracle
With girl of nine, boy thirteen.
It was subtle at first –
I hardly noticed –
Till I heard him offer a compliment,
Then two…. without being prompted.
They went running together yesterday,
And he let her keep up,
Then, when leaving for school
I heard ‘I love you’ from down their hall,
Followed by ‘love you too’.
I have not heard name calling or
Exchanged insults in days,
And just this morning
He took out the trash…
Without being asked,
And she fed the dogs.
In our hurrying to and fro
We almost missed one of
The greatest joys of the season –
Peace.
Seems it is not just the adults
That are getting prepared.

To be honest, these would be a re-posting (kind of like re-gifting? 🙂 ). Both were posted previously at Poetic Bloomings for their weekly prompts.